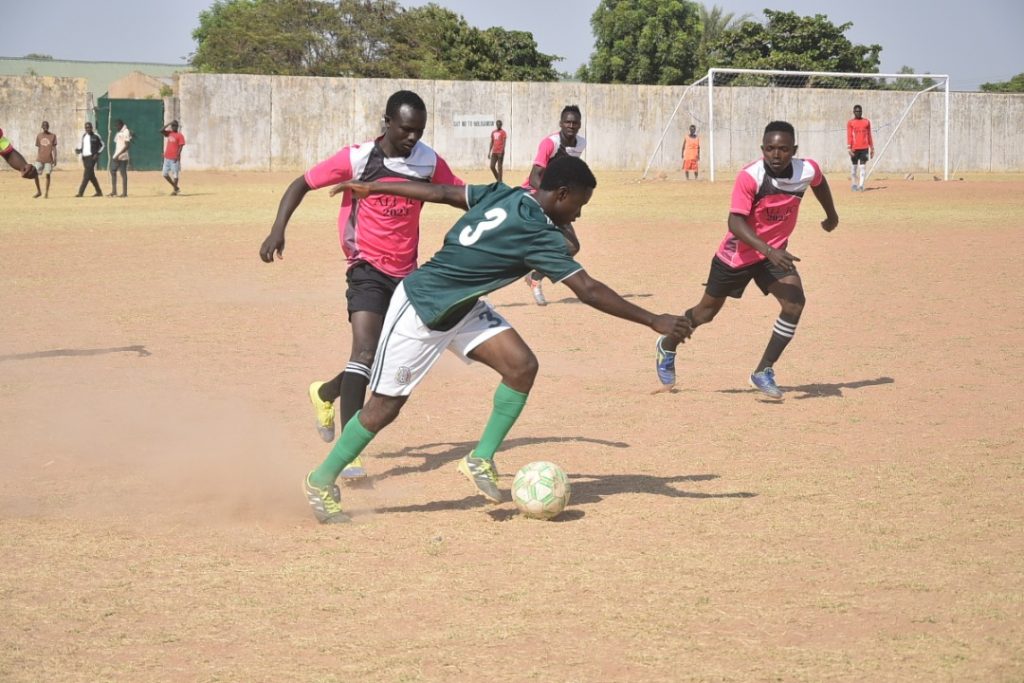 It was thrills as usual as All Stars and Balanga United breezed past Liverpool and Awai United respectively to book their places in the semi-final of the 2020 Adamu Yola Cup.

A 24th minute strike from Sani Ali Bage was enough as All Stars secured their semi-final berth in a nail biting quarter final game against Liverpool.

The second match of the afternoon was entertaining, as it was an end to end affair between Balanga United and Awai United.

Both sides matched each other man for man as they entertained the fans at the Billiri Township Stadium.

With the first half ending without a goal, the second half burst into life in rather bizarre manner as Balanga United scored the first goal in the 77th minute through Aliyu Garba off a well crafted cross from Abubakar Manu.

A minute later, Awai United responded instantly with some fancy footwork from Titus Adamu as he beat three players before setting up Sadiq Yakubu who gracefully fired a left footed rocket to send the Awai fans to frenzy.

Both sides were unable to net the decisive winner as the referee signaled for the final whistle. The game headed into penalty shout out.