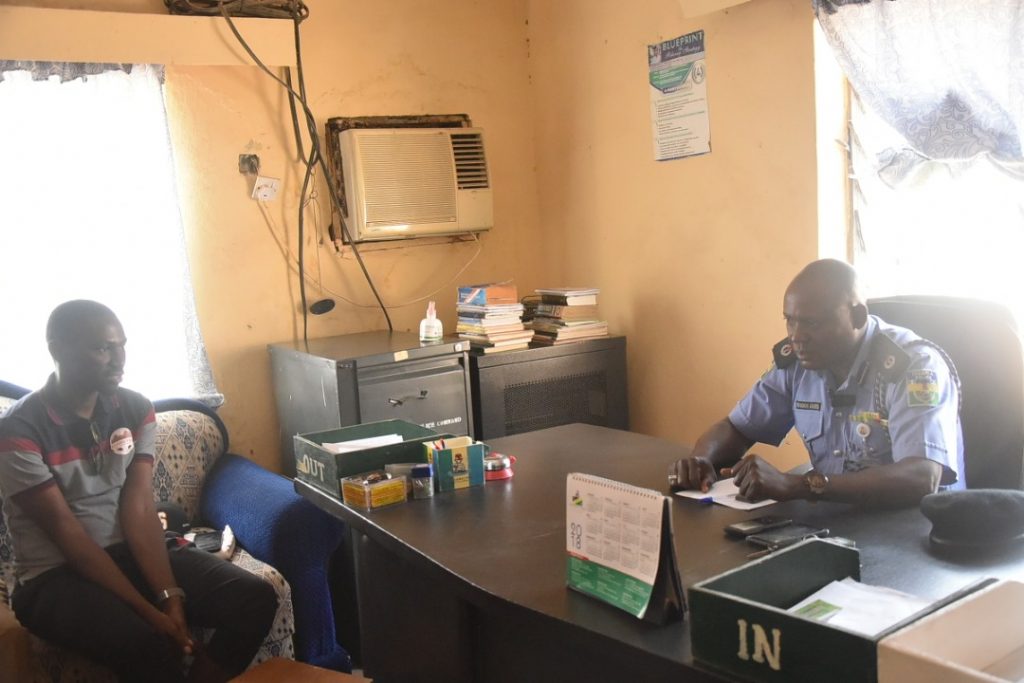 Security Agencies committed to the success of Adamu Yola Cup

The local organizing committee of the Adamu Yola Cup converged at the Billiri Township Stadium on Wednesday. The visitation was the office of the Police area commandant Billiri, Billiri Local Government Area.

Members of the LOC were welcomed by the commandant. The secretary introduced the LOC.

The LOC chairman, Promise Uwaeme explained to the commandant that the competition which is sponsored by Yakubu Adamu Yola is aimed at promoting peace and unity, discovering and promoting of young talents in football as well as to pay loyalty to the security outfit for their unflinching support towards making the competition to where it is now and as well solicit for more support towards the present and subsequent editions of the competition.

In his response, the Area Commandant, AC Naboki, applauded the efforts of the sponsor to have such a positive thought uniting the youths with the Southern Gombe which comprises of Balanga, Billiri, Kaltungo and Shongom LGA).

The commandant added by sighting examples of the ethnic clashes that occurred years back and added that had it been people had used this same model adopted by Yakubu Adamu Yola, there wouldn’t be place for inter ethnic nor inter communal clashes.

Commandant further insisted that Yakubu Adamu Yola should constitute a prominent personnel to pay a courtesy visit to all the traditional rulers of all the aforementioned local government areas and if possible extend an invitation for them to grace the final as it will go a long way to stamp the vision and mission of the competition.