The Local Organizing committee (LOC) have announced November 13th as the new date for the draw ceremony of the sixth edition of the 2021 Adamu Yola Unity cup, with the tourney set to commence on the 20th of November 2021.

The draw ceremony was earlier scheduled to hold on the 20th of November 2021, however due to some consideration it was brought backwards to the 13th of the same month and will be held at the Style Hope Event Center opposite Jewel Hotel Kaltungo Gombe State, meanwhile November 10th has been fixed for the deadline of the registration which is currently ongoing.

The Chairman of the Local Organizing Committee (LOC) Mr, Promise Uwaeme affirmed that the committee are working hard to host a very commendable tournament appealing to the participating teams, stakeholders and to the fans.

“After consultation with the stakeholders, it has become very necessary that we adjust the calendar for us to be able to stage a befitting tournament.

“The teams are top in our considerations and we are glad to announce the dates for the draws, opening ceremony and the commencement date for the final rounds.

“While we continue to consult with the Local Government authorities over the availabilities and conditions of the stadia, we assure the teams and the fans that everything we are doing is centred at giving them the best they can find anywhere around.

The Opening Ceremony of the competition will hold on the 20th November, 2021 at the
Olusegun Obasanjo Stadium, Kaltungo, Gombe State, while the second Rounds will commence on the 18th December, the Final to hold on the 30th December, 2021. 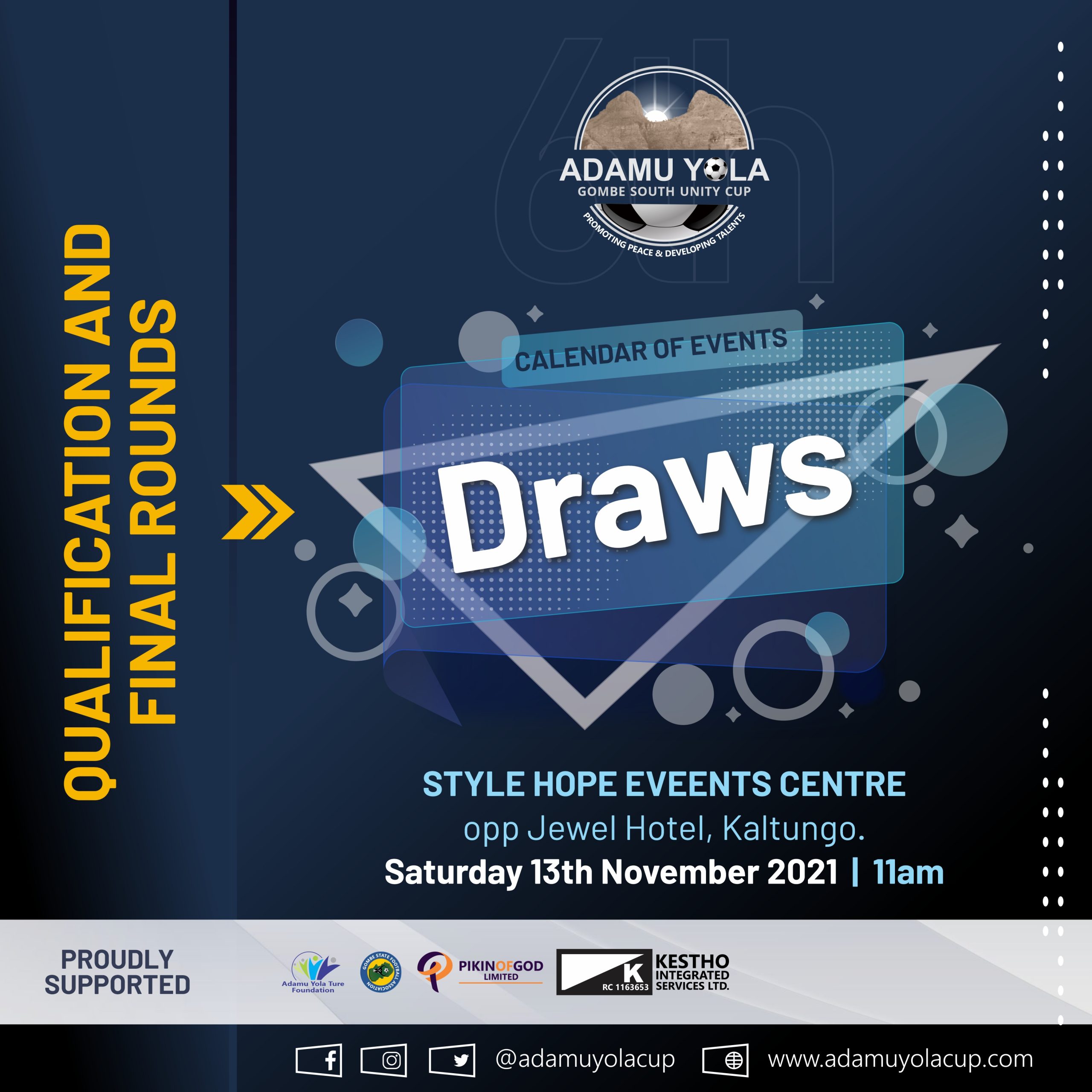